A Train Ride To Merry Land

“It is no accident that the stories are created from the observation of daily life. Every story reflects the culture of the place. Each story has some reality of the past anecdotes that one has experienced in their life or in the lives of their loved one”.
Rita turned the page of her book, she was stretched happily across three vacant seats, her body moved like pendulum, moving softly against the back of the seat, the clattering of the metal wheel on railway tracks created soothing music. After three hours of peaceful ride, the train chugged slowly and came to a halt at the station. She shut her book, got up, sat cross-legged on the seat closer to the aisle and craned her neck to see the fresh trail of passengers pouring into the compartment. She hoped that the person occupying the seat next to her would be some interesting young person who would make her journey pleasant. She loved listening to the stories of the strangers that she met during the train journeys.

“Hey” said the big hulky man as he approached her seat, “Is this seat number 32 and 33” he said as he looked closely at the seat numbers on the glazed wooden panels

“Yes” said Rita “32 is lower berth and 33 is the upper one”, her eyes rolled rapidly as she stared at the big brown animal standing behind the man.

“Sir” she stammered, “horses are not allowed in the train” she said

“What do you mean by that? Horsie travels with Abdul everywhere.” He said. He pulled the horse by its cheek and brought her closer for an air kiss.

The horse grinned, flashing its brown stained teeth, the stink suffocated Rita, almost chocking her, the horse moved closer, Rita looked for her barf bag. Horsie sat on seat no 32, her long bushy tail trailing from the side of the seat, her hoofs pointing towards Rita.

“Not here Horsie” said Abdul, “you must occupy the upper berth, it will be easy for you.”

The horse neighed loudly, and looked up. A dark blue curtain covered the upper berth with just a small opening in the center. Horsie stood up and stretched her two front paws up on the berth to peep inside the dark curtain.

Rita watched her curiously as the horse tried to lift herself up on the top berth, Abdul got up and gave her a push under her buttocks to help her climb up. Horsie waved satisfactorily from upper berth and disappeared behind the dark blue curtain.

“Where is your horse? Where did she go?” she turn to Abdul, completely confused.

“Ah, don’t worry, she will be back.” He said, making himself comfortable by the window seat.

Rita had not noticed the dark blue curtain before but now, she was curious to see what was behind the curtain. She could no longer concentrate on her reading. Her book lay open on her lap while her eyes were completely focused on the upper berth.

How could a big animal fit into the small seat? Why had she not noticed the blue curtain before?

Abdul continued to look out of window. The two strands of hair on his otherwise baldhead swayed with breeze. He was in a very happy mood and he started to sing

He began whistling which became softer with time till his eyes drooped. Soon he began to snore. Rita found this a perfect moment to peep inside the blue curtain. She climbed a small ladder from the side of the seat, being careful not to make too much sound and reached the upper berth.

Beyond the blue curtain was a long wooden path leading towards green dense hills.

She stepped on the wooden path, with her book tightly clutched between her fingers.

The TC appeared, emerging from behind a large tree. TC had a long nose that looked like clothespin. The sunlight reflected from his shiny, silver buttons of his jacket making her blink. Rita tore off a leaf from her book, pushed it into his large hairy hands. TC stood erect and began to sing.

The book page turned into railway ticket and TC punched it with his nose.

While Rita stood at one place, the wooden path began to move leaving the TC behind. The background scene changed from green, to dark green, to brown, to yellow and then to light blue.

The wooden path came to a standstill.

She felt her feet getting cold and wet. The water began to seep into her toes and moved upwards, hugging her from all the sides, touched her knees. She was finding it difficult to keep her balance as the water reached her chest.

A golden slimy fish swam next to her.

“Hello” it sneezed creating a whirlpool around her. Rita gulped.

“Can you help me?” said Rita, raising her book above the water. She placed her her book on the fish’s back. “Please take it to the shore for me, I will follow you behind, I don’t want my book to get wet.”

The fish rolled her body, bent her middle ribs above the water, created a dry flat bench. With book resting comfortably on her back, fish moved forward, gliding over water, while Rita used breaststroke to move forward.

Follow me follow me
Glide smoothly over the sea
The day is bright
The wind is fine
Together we swim, you and me
On shore, we reach safely
Follow me, swim quickly
I carry your book for you
You must buy me a cup of tea

They reached the shore. There was a big glass jar lying between the rocks. Rita filled the glass jar with water and put the fish inside and she walked towards the tea stall.

“No wait” said the fish, “get me out of this glass jar, this is a very small pool, I can’t move freely, I want to go back.” she jumped out of the glass jar and began to cry. Her tears formed a big pool, and she started to swim in her tears, her fins swinging up and down the rough stones splashing the tears in all directions till she reached the sea.

Rita felt lonely; she too wanted to have tea. Far at the end of the beach she could see a lone cottage. A dim light refracted through the window. She walked the sandy path to reach the cottage. She cupped her hands closer to windowpanes to peep inside. An old man was bent over the stove. She went on the other side, walking on cobblestone path and entered the cottage. The old man looked up.

“Do you want tea?” he asked

“Yes” she said, through her parched lips. “But first I must have some water too, I am too thirsty.”

“Mohan, bring some biscuits for this young lady” he said.

Mohan appeared from inner room with a plateful of biscuits of different shapes. She took few butterfly shaped biscuits.

One of the butterfly shaped biscuit escaped from her fingers, flew away and sat on the shelf.

“Oh, naughty biscuit, always playing mischief.” Said Mohan as he stretched his hand and brought the biscuit back into the plate.

Rita didn’t want to eat biscuit anymore. She was afraid that it would fly inside her stomach and give her a stomachache. She just took a cup of tea to drink.

The tea tasted very good. She tore off a page of her book and gave to the old man. Mohan stared as the page turned into Rs100 note.

‘What a fine book she has, must find a way to get hold of her book’ thought Mohan, thinking of the way to trick Rita.

“You look so tired, would you like to rest? I live close by, you can come to rest for little while in my house.” He said

They walked the dirt path; he waved to all the villagers who stood to stare at them. After ten minutes walk, they reached a small hut. His wife was sitting on the rocking chair outside his home.

Wifey wifey see who is come
A tired woman, but is great fun
Let her rest
And offer her some rum
Believe me she is generous
She will part with her sum

“How dare you bring a strange woman into my house” she started to scream, she walked angrily inside the house and started to throw vessels in all directions. A big steel pan hit Rita’s head.

“Oops sorry,” She heard woman say, as she rubbed her forehead. “Be careful” shouted the hulky man as he helped his companion to keep her suitcase under the seat. This is our seat, 32 and 33, now sit quietly before you hurt more people with your carelessness.

Rita went back to reading her book.
Posted by Pushpz at Sunday, March 08, 2015 No comments:


Have you read this story book?

Reading story books is a great fun. When we read books we get transported into a magic world.

We have many books written by Indian authors. Do ask you mom to buy for you the most interesting one.

Here is the list of 50 Indian books every parent must read to their child
Visit http://thealternative.in/education/50-indian-books-every-parent-must-read-to-their-child/ to see the list
Posted by Pushpz at Wednesday, January 22, 2014 No comments:

From the leaflet of Dolch Project, here is the story I wrote specially for you....Hope you like it 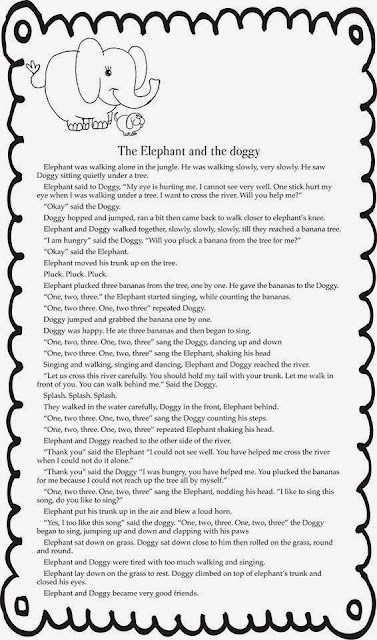 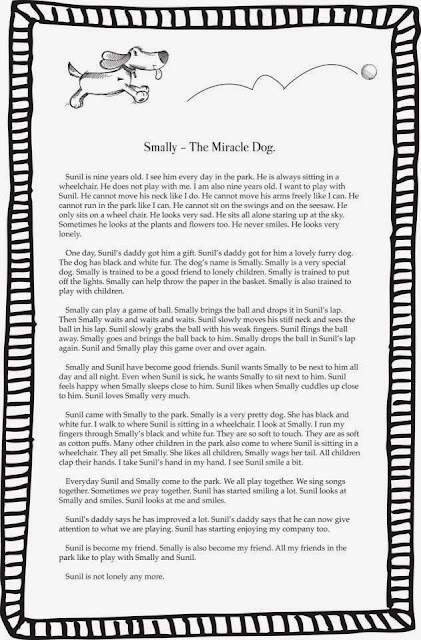 Posted by Pushpz at Thursday, November 14, 2013 No comments:

After United States, Russia, and Europe, now it is India’s turn to make a trip to the Mars, 378million km away.


India’s launch of a small, unmanned satellite, Mangalyaam, to Mars is being described as a giant leap for its space program.


The robotic satellite of 1,350kg is undertaking 10-month-long journey to Mars and is equipped with five instruments.


There is a color camera for taking pictures.  It will take pictures of earth and moon when passing over the lunar planet on the way and finally of Mars from its orbit

There is also a thermal imaging spectrometer to analyze the thin Martian atmosphere and to map the surface and mineral wealth of the planet.

The Mars Orbiter will have a single solar array with 3 panels of 1400x1800mm, capable of generating 750watts of power in Martian orbit. It is also equipped with 36AH Lithium-ion battery for power storage

My Published Books for Kids 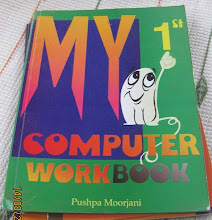 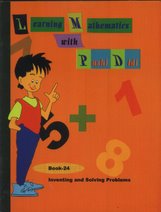 set of maths worksheets of 24 modules

My other blog posts at